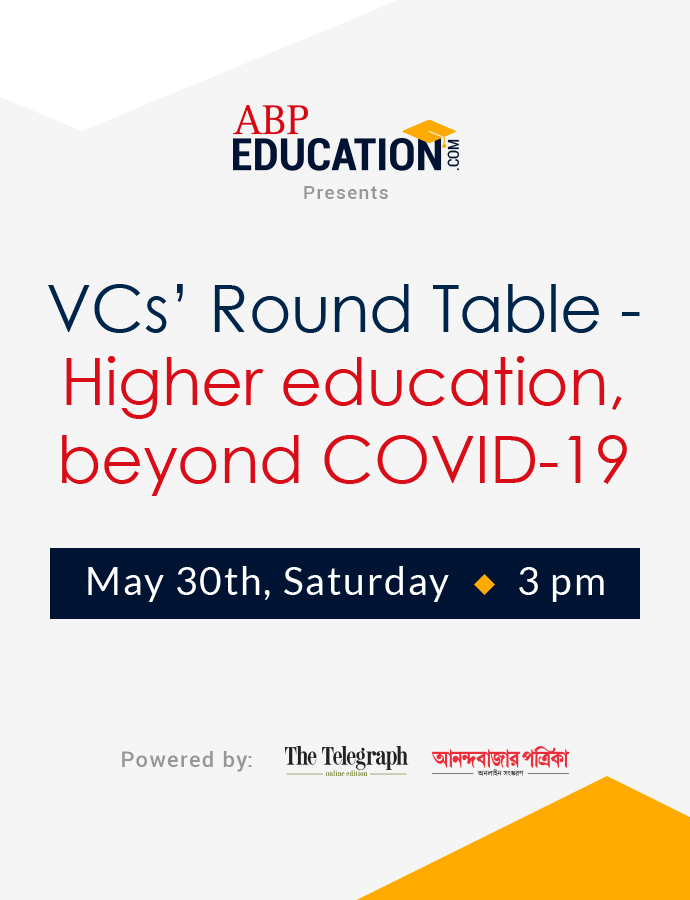 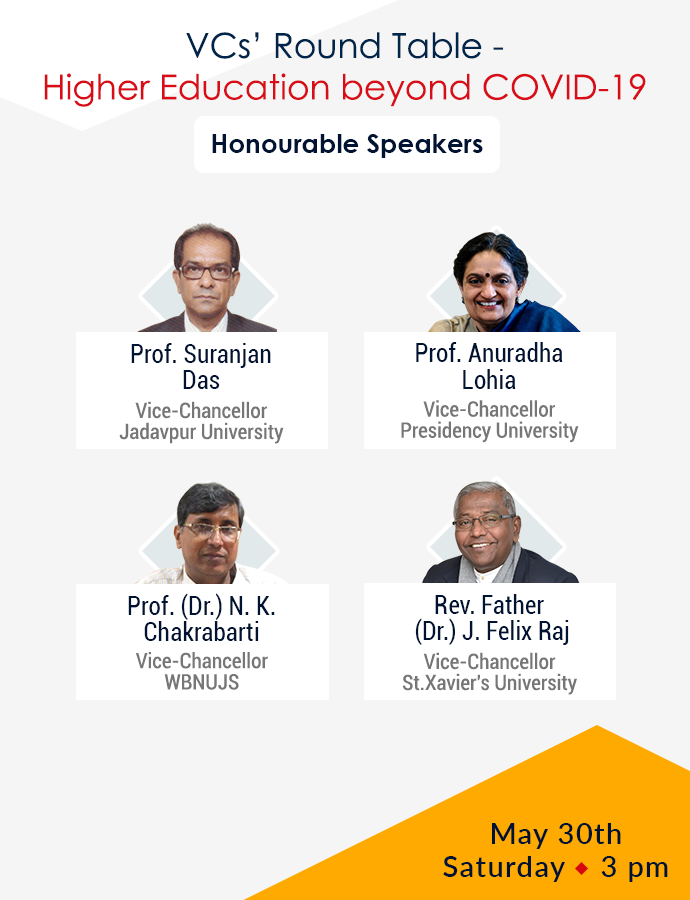 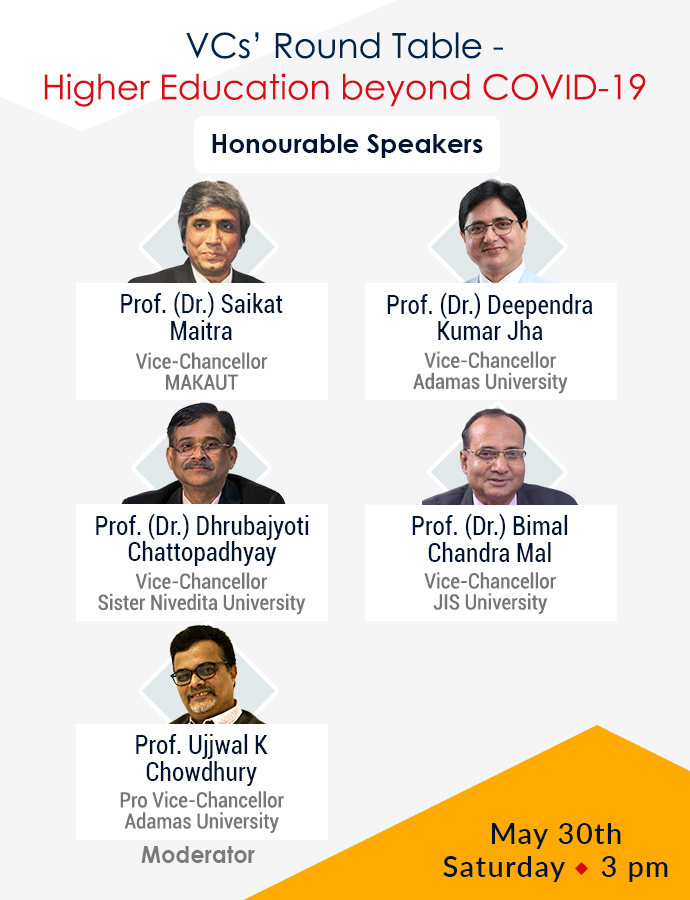 Previous Next
REGISTER NOW
for this free online event
To reserve your spot for this online webinar and webinar replay.
Not available on May, 30th? Don't Worry!
Register now and we'll send you the replay link to watch at your convenience.

Who should attend this Webinar?

Certificate of Attendance: Attendees who watch the entire webinar will be eligible to receive a certificate of attendance.

Have a question for our expert? 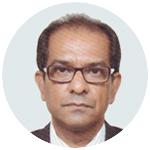 six monographs, co-authored four books, co-edited seven volumes and published 30 articles in refereed journals and edited volumes, which are widely cited. Professor Das was a Distinguished Fellow, Australia India Institute, University of Melbourne, Honorary Professor at the Hull University, a Visiting Professor of the British Academy in 2000 and a Visiting Scholar, among others at the Maison Des Sciences De L’Homme (Paris), Mershon Centre of Ohio State University, the University of New Mexico, the University of Illinois at Urbana-Champaign and the Oxford Brookes University. He was President of Modern India Section of the Indian History Congress (2003) and the General President of the Punjab History Congress for the 2014 session. He is a recipient of many national awards and fellowships. Professor Das has served in policy formulation bodies concerned with higher education in India like the University Grants Commission, and Indian Council of Historical Research. He was Vice-Chairman, Board of Trustees of Indian Museum, Kolkata, member of the Executive Committees of the Nehru Memorial Museum and Library, New Delhi, member of the Governing Council, Indian Council of World Affairs, New Delhi, and remains associated with the National Assessment and Accreditation Council, Bengaluru, and governing boards of leading educational institutions of India. 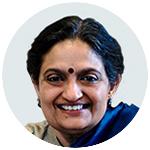 Prof. Anuradha Lohia is the Vice Chancellor of Presidency University, Kolkata. Her research career focused on the molecular and cellular biology of protozoan parasites. She worked at the Department of Biochemistry at the Bose Institute, Kolkata and several universities worldwide. She served as the founding Chief Executive Officer of the UK-India collaborative ‘Wellcome Trust/ DBT India Alliance’ - an organisation that supports excellence in medical research. Prof. Lohia was born and raised in Kolkata. She completed her schooling from Modern High School for Girls, and her bachelors degree in Physiology from Presidency College. She completed her doctoral thesis on the cell-surface of Vibrio cholerae from the Indian Institute of Chemical Biology, Jadavpur. Following  postdoctoral work at New York University Medical Centre, she joined Bose Institute as a lecturer at the Department of Biochemistry. Her work at the Bose Institute received international acclaim, resulting in her being awarded multiple national and international awards and fellowships, including the Fogarty fellowship and the prestigious Rockefeller Foundation Biotechnology Career Award. She has been a visiting scientist at the Harvard School of Public Health, Boston University, Stanford University and the University of Virginia, USA. She has collaborated with international scientists at the Bernhard Nocht Institute, Hamburg, Germany, the University of Freiburg, Germany and the Technion, Haifa, Israel. She has published many original research papers in peer reviewed international journals, many of which have been cited for their importance. She has served on the editorial board of several national and international journals and as a committee member of prestigious task forces and scientific evaluation committees of the Government of India. 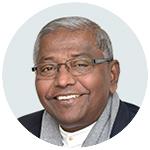 Fr. Felix Raj is Vice-Chancellor and a Professor of Economics at St. Xavier's University, Kolkata since 2017.  He is the former Rector and Principal of St. Xavier’s College (Autonomous), Kolkata where he spent 33 years. He is also the director of The Goethals Indian Library and Research Society. His specialisation includes development economics, liberalisation, privatisation and globalisation, public sector, disinvestment, spirituality, leadership skills and training. Fr. Felix Raj was a member of the West Bengal Education Commission to prepare a Road Map/Vision Document for 2020 and 2030 for the state's education sector. He was also the Vice-President and Secretary of the Bengal Economic Association. Under Father’s committed leadership and democratic governance, St. Xavier’s College, Kolkata secured the highest score of 3.77 CGPA out of 4 in the NAAC accreditation declared on 24 January 2017. He is the founder-president of an NGO, Snegam, a Social Welfare and Resource Society for Child-Rights and Education. Father Felix Raj is the recipient of 13 awards including Banga Bibhusan and Shiksha Ratna awards from the Government of West Bengal, Nihil Ultra award from St. Xavier’s College, Kolkata and Xavier Ratna award from Xavier Institute of Engineering, Mumbai. Father Felix Raj has authored and co-authored nine books and has written numerous articles in journals, magazines and newspapers. 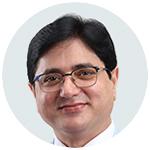 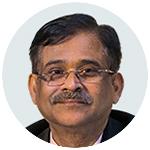 Prof. Chattopadhyay has over 35 years of Experience in the Education sector and has been instrumental in strategic development of the education landscape. He was the Founder Vice Chancellor of Amity University, Kolkata from 2015 to 2019. He was the Pro-Vice Chancellor of the University of Calcutta from 2008 till 2015. He was also the Director at the Centre for Research in NanoScience and NanoTechnology at this University from 2007 till 2015. Prof. Chattopadhyay was the Dean, Faculty of Science at the University of Calcutta from 2003 to 2007. 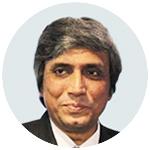 Prof. Saikat Maitra is presently working as the Vice Chancellor of Maulana Abul Kalam Azad University of Technology, West Bengal (formerly West Bengal University of Technology).  He did his B.Sc (Honours in Chemistry) from the Presidency Colleges, Kolkata, B.Tech, M.Tech and Ph.D in Chemical Technology from the University of Calcutta. He is a Chartered Chemical Engineer and Fellow of Institute of Engineers (India). Prof. Maitra earlier worked as Professor and Principal-in-Charge at Government College of Engineering & Ceramic Technology, RCC Institute of Information Technology, Associate Professor at University Technology Petronas, Malaysia and as Scientist at Central Fuel Research Institute, Dhanbad. He has worked in industries too. Prof. Maitra published 150 research papers in different national & international journals, presented 60 papers in different conferences, filed two patents, authored three books and three book chapters. He has guided twelve Ph.D students, completed several funded research projects, organized several training programmes and workshops. He visited many countries like US, Australia, Italy, Malasiya, Singapore, Thailand, Bangladesh, Bahrain etc for delivering lectures. He is recipient of many awards from different bodies and institutions. 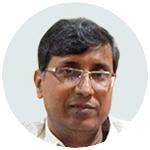 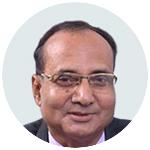 Prof. Bimal Chandra Mal did his B.Tech. (Hons), M. Tech. and Ph.D. from IIT Kharagpur followed by a postdoctoral course from Colorado State University, USA. In 1973, he joined as an Assistant Engineer in the government of West Bengal followed by several assignments in India and abroad. Major part of his life, he taught at IIT Kharagpur. He is responsible for developing a newly introduced discipline in the country, namely, Aquacultural Engineering. He was heading the Agricultural and Food Engineering Department, IIT Kharagpur from 2005 to 2008. In 2010 February, Prof. Mal left IIT Kharagpur to join as the Vice Chancellor of Chhattisgarh Swami Vivekanand Technical University, Bhilai. In 2015 after his retirement from IIT Kharagpur, he joined as the first Vice Chancellor of the newly established JIS University, Kolkata. He has written two popular textbooks, one novel in Bengali, four book chapters, preparing Irrigation Manual, preparing three Teaching Materials in Ethiopia, writing 242 research papers which are either published in international and national journals or presented, guiding 18 Ph. D.s and 51 M. Techs. He received nine sponsored research projects and ten consultancy projects. He is the Reviewer of many international and national journals. He has been the Chairman and Member of many National Committees. He is a member of the American Society of Agricultural and Biological Engineers and several professional bodies. His laurels include the most outstanding text book award, commendation award and fellow of ISAE, first position in M. Tech., Ford Foundation Fellowship for postdoctoral training, Lifetime Achievement Award from the 33rd World Environment Congress, another Lifetime Achievement Award from the Indian Water Resources Society, Best Vice Chancellor of the year-2013 etc. He has been connected with a few social and voluntary organisations like Science Centre, Midnapore, Foundation for Excellence, USA, Green World Innovation, Kharagpur, Vidyasagar Talent Hunt, Midnapore. Science Centre Midnapore, for which Dr. Mal has been the President, received the prestigious Nehru Award from the Prime Minister of India in the Indian Science Congress in 2002. He is a Visiting Professor in Stuttgart University, Germany, Alemaya University, Ethiopia. After joining CSVTU, Bhilai as the Vice Chancellor, Prof. Mal brought about many excellent reforms that helped the university to be conferred “Emerging Technological University of the Year Award” by the World Management Congress held at New Delhi in December, 2011. 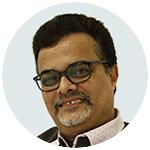